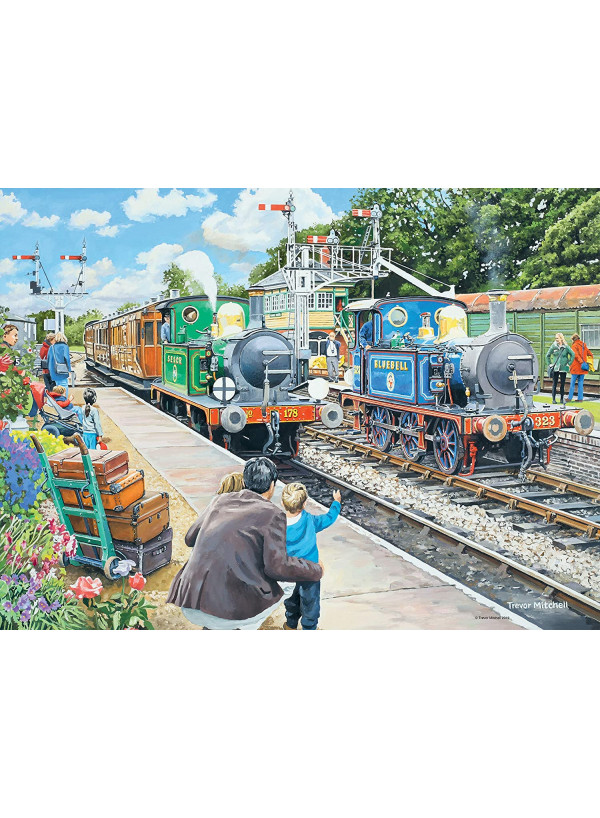 The second in a series of wonderfully painted railway scenes, showing Bluebell and Severn Valley preserved steam railways.Horsted Keynes Station: Originally built in 1882 by the London Brighton and South Coast Railway, Horsted Keynes has featured in many TV series, most notably appearing as “Downton” in the popular Downton Abbey series. Part of the famous Bluebell Railway, it is home to the railway’s award-winning Carriage and Wagon Department. The Bluebell Railway was one of the first preserved heritage lines in the country, and now runs trains between Sheffield Park and East Grinstead in the Sussex countryside.Hampton Loade: This quiet little station is set deep in the Shropshire countryside, a short walk away from the River Severn. Hampton Loade is part of Severn Valley Railway’s 16-mile track between Kidderminster, Bewdley and Bridgnorth, which includes 6 stations and 2 halts (where the trains stop only on request). The railway runs events and experiences throughout the year.Our 2x 500 piece jigsaws are crafted with premium quality and measure 49 x 36cm when complete. Great for Adults and ideal puzzles for Children 10 years old and up.